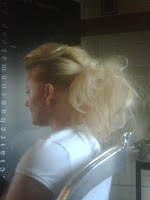 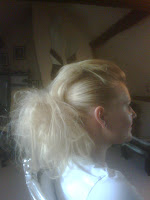 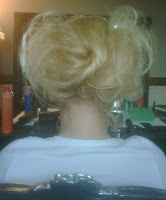 The Hair Master Classes are designed for each and every individual. They can be as basic or as intense as you wish. My judgement from your skills during the morning of day one will allow me to access your capabilities, and allow you to move forward should you be able to master each section. This enables the artist to cover as much as she/he feels manageable within the day/2 days.

A 2 day Hair masterclass covers :
Healthy hair,Sectioning,Blow drying,Back combing,Vintage,Straightening,Curling,Heated rollers,Velcro's. Then approximately 3 workable styles per day depending upon each persons ability. Images below were taken from a basic pony tail with a twist to a Gwen Steffani look...sleek, durable and easily adapted. 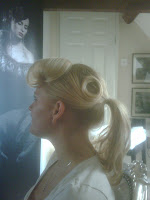 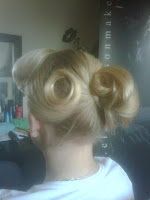 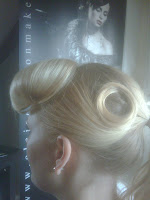 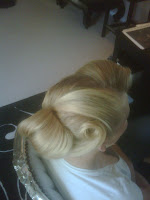 After completing the 2 day Hair Masterclass it is my goal to then have given you as much knowledge,guidance and expertise to enable you to apply these techniques to your working life as a commercial Makeup & Hair Artist.

For all further details and any questions please contact me at: clrhanson@gmail.com
Classes run throughout the year.
Models will be provided.
Breakfast, Lunch and light refreshments also included with the Master class.

Look forward to hearing from you!

Lancashire's Make-up artist to the stars

Claire Hanson has travelled the world as a make-up artist working with a host of celebrities, but she has never managed to get Lancashire out
of her system.

Claire, originally from West Bradford near Clitheroe, is regularly back in her native north west and she says the older she gets, the more she appreciates what the area has to offer.

‘It doesn’t matter where I go in the world,’ she says, ‘this is my home. I’ve seen the most amazing places, then I come back here and see our Lake District, our coast and the hills and realise there’s nowhere else in the world like Pendle Hill. It’s just breathtaking!’

‘I worked for S Club 7 for about five years,’ says Claire. ‘I think in all that time I only had about three weeks off.’ However, her favourite and perhaps most high profile client is American singer/songwriter Lionel Richie.

‘It meant I was away from home a lot but I’ve had some amazing experiences, including getting picked up by the King and Queen of Jordan in their airbus for a private gig Lionel was performing for them.’

It’s all a far cry from practising make-up on her mum at the age of 15 back in West Bradford.

‘She has been amazing, always encouraged me and been behind the decisions I’ve made.'

‘The other big inspiration in my life was my Grandma. She was an incredible lady, very groomed with polished nails at all times and certainly an inspiration for my mum and I.

She always wanted to know who I’d been working with and what I’d done for them!

‘At 16, it was a choice between working with animals or children,’ smiles Claire, who now has a home in Oxford. ‘I arranged a week’s work experience in a nursery and one at a veterinary centre in Skipton, but I had a bit of a crush on the vet and so ended up just doing that placement.’

However, a week later having seen the life of a vet and certainly a veterinary nurse wasn’t as glamorous as it sounded, Claire enrolled at Burnley College to get her NNEB nanny qualification and moved down to London for her first job.

‘I thought I was going to be the next Mary Poppins, but I didn’t last that long,’ she laughs.

‘The film industry wasn’t quick enough for me so I decided I’d rather go into the fashion and music industry instead.

‘I’ve had a great time doing the celebrity work and will continue doing it, but now at the age of 35 I’m trying to do something positive and give something back,’ she says.

This she is doing by working with individual or small groups of ladies who have suffered from disease or long term illness like cancer.

‘A lot of the ladies I’m working with thought their life was coming to an end but because they’ve beaten their illness, cancer for example, they now realise its just beginning,’ she says. ‘These treatments do change skin and hair types I give them advice on what products they should be using and how to apply them to help them look and feel great.’

Actress Chloe Moretz attends the "Let Me In" premiere during the 54th BFI London Film Festival at the Vue West End on October 14, 2010 in London, England.

I've been working with Chloe over the past few months on various Press & TV days in London for the build up to the release of her movie 'Let Me In'.
Matt Reeves’ horror film Let Me In starring Chloe Moretz, Kodi Smit-McPhee, and Richard Jenkins. The film centers on a bullied young-boy (Smit-McPhee) who begins a friendship with his mysterious/vampiric neighbor (Moretz)

HAIR
I applied Tigi's 'Totally Beachin' to Chloe's damp hair and scrunch dried into a tussled chic look. Then sections were loosely curled on top and pulled through, to give some definition.

MAKEUP
Make up was a mixture of Nars, MAC and The Green People
Makeup was light and dewy(Nars Sheer Matte Base 'Deauville', followed by 'Light' mineral powder by The Green People in certain areas of the face, leaving areas free for MAC Strobe cream to come through on the cheek bones) with a hint of flush to the cheeks using Cream Blush 'Penny Lane' by Nars. For the eyes I used MAC Lipglass gel to give the impression of a wet look, keeping the area above her lashes clear for a striking black thin line. The look was completed with clean curled black mascara lashes by The Green People, and Nars 'Chelsea Girl' nude lip gloss.
Posted by M.A.C.H at 11:15 No comments: